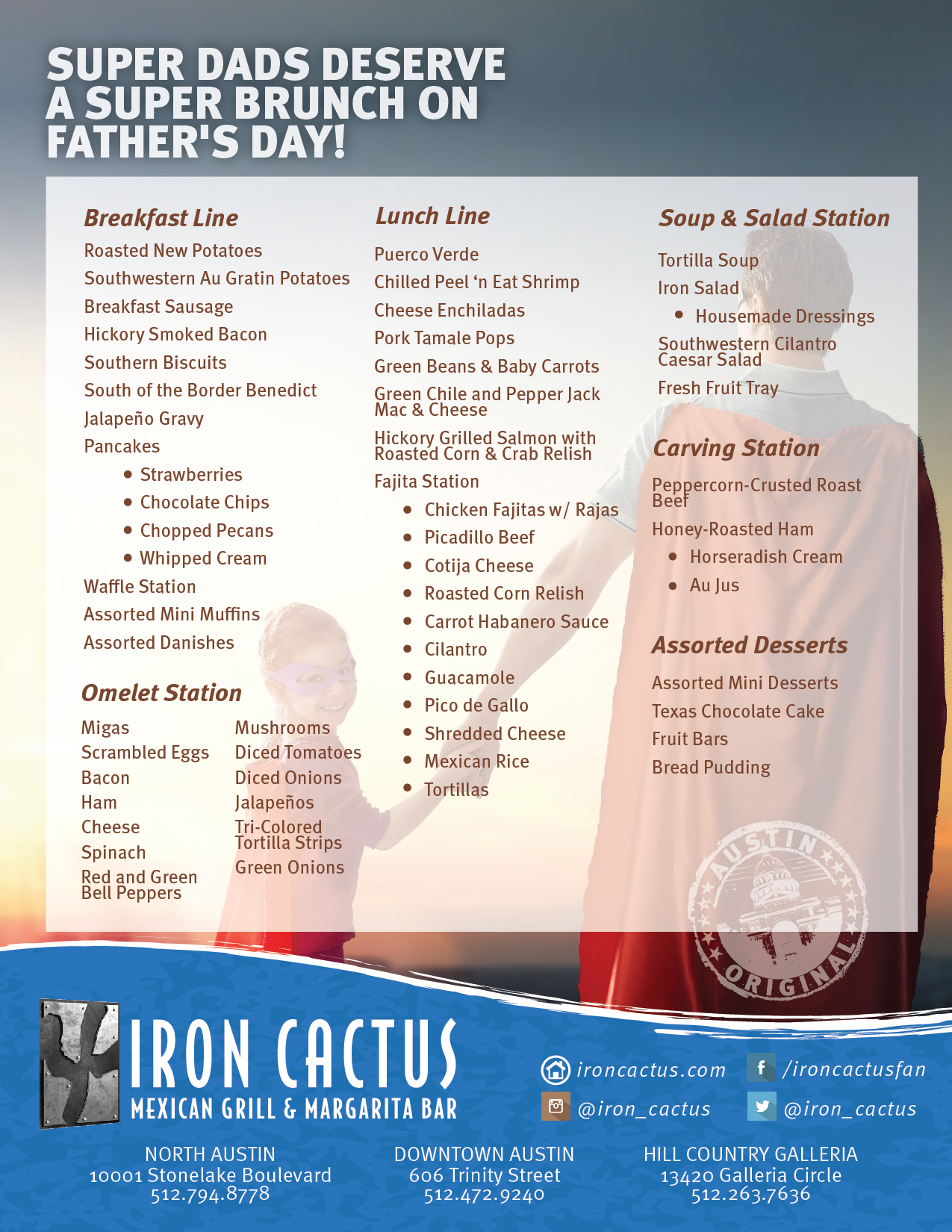 Dads are our super heroes so at Iron Cactus in Austin and Dallas, we will be serving up a Super Brunch buffet for Super Dads for Father’s Day Brunch!

Iron Cactus Austin (downtown Austin, North Austin and Hill Country Galleria) and Iron Cactus Dallas will be featuring more than 50 awesome, we mean “super”, brunch items including a carving station of Peppercorn-crusted Roast Beef and Honey Roasted Ham. For the Dad, who loves breakfast, Iron Cactus will have a selection of breakfast items including a waffle stations and a build your own omelet station. There will be many choices that Dads will enjoy at Iron Cactus Austin and Dallas on Father’s Day Brunch on June 19th.

Free (for children under 4)

May 7, 2016 by Iron Cactus Mexican Restaurants 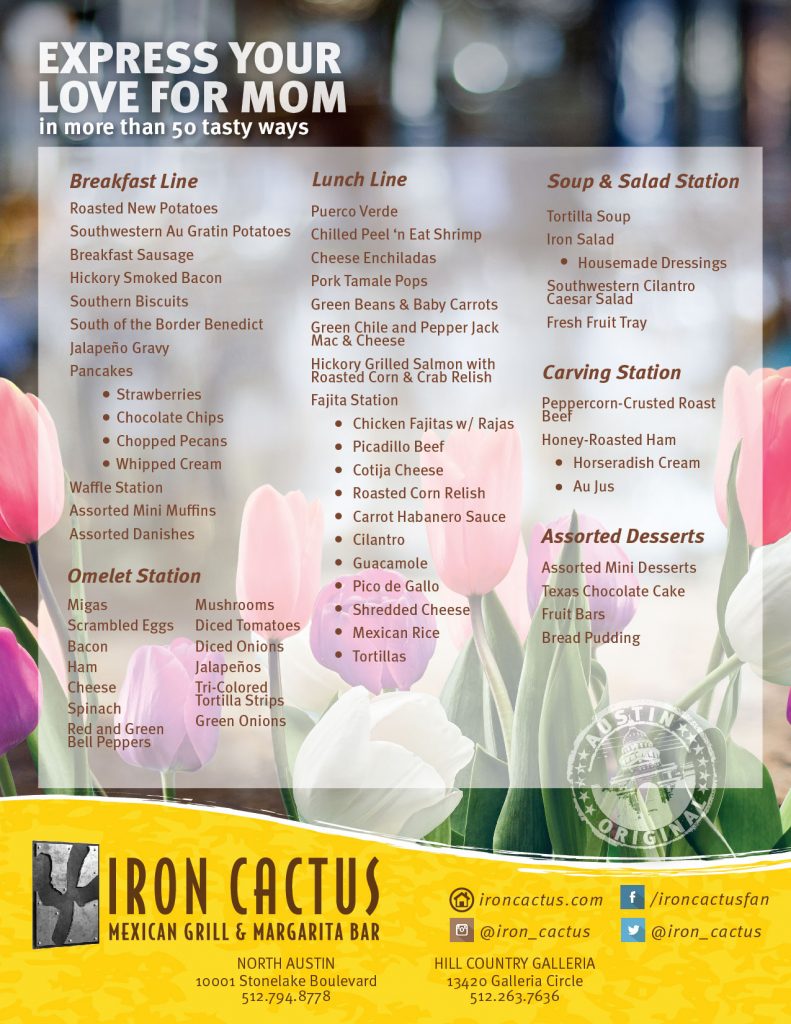 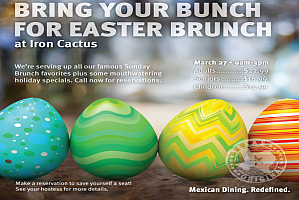 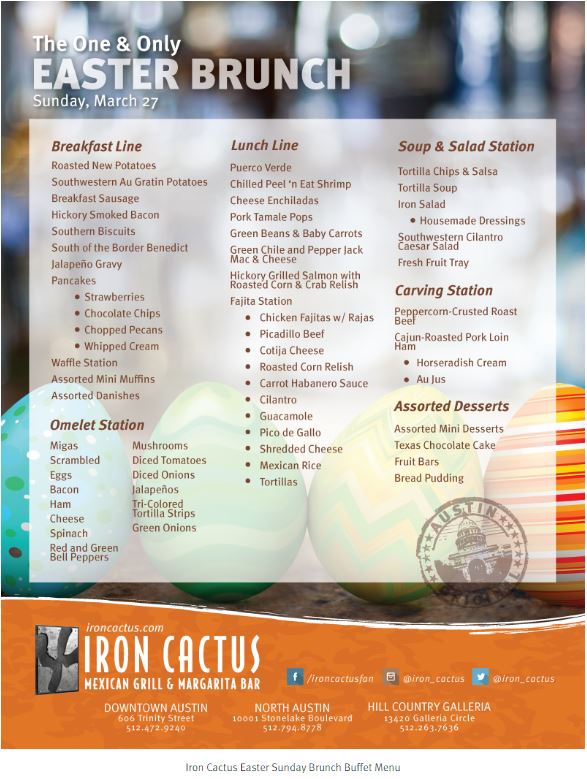