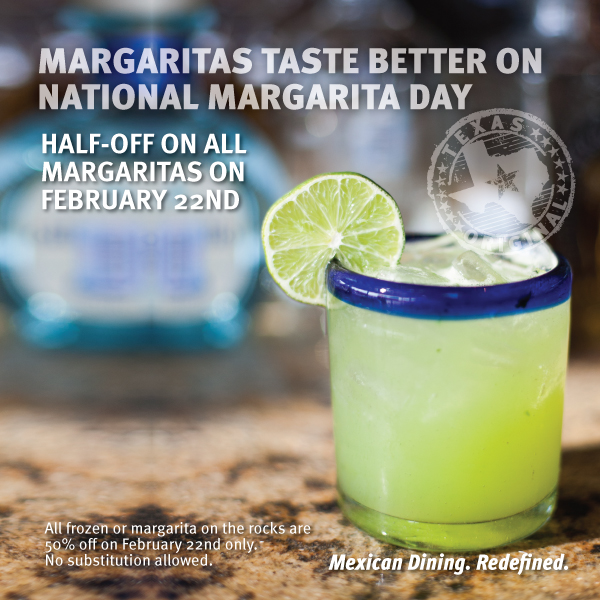 Don’t forget! Our margaritas are great with our appetizers, award-winning entrees and desserts. 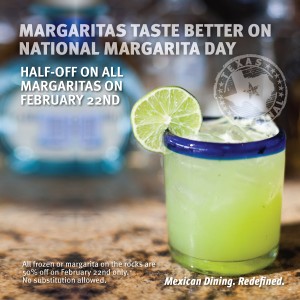 “We are always looking for ways to enhance the dining experience at Iron Cactus from developing original, award-winning margarita recipes to creating unique Mexican dishes that are made with the freshest ingredients,” said Gary Manley, General Partner at Iron Cactus. “The new menu items are diverse and will please every type of palate.”

The new dishes that debuted include:

Street Tacos
A pork carnita taco with a spicy guacamole verde sauce, a moist roasted chicken taco with a tomatillo relish and a grilled steak taco, topped with a red chile sauce and caramelized onions. Cornbread Crusted Pescado
Moist white fish with a savory cornbread crust seared on our grill and finished with a jalapeno and mushroom cream sauce.  Served with cilantro lime rice and garlic herb broccoli.

Iron Cactus serves award-winning Mexican dishes and premium hand-crafted margaritas. The original restaurant opened on historic 6th Street in downtown Austin in 1996. Since then, Iron Cactus has grown to five locations including restaurants in Dallas and San Antonio, and two additional Austin locations. For the latest restaurant updates, “like” Iron Cactus on Facebook at http://facebook.com/ironcactusfan or follow on Twitter at http://twitter.com/iron_cactus. More information about Iron Cactus can be found at https://ironcactus.com. Fajitas have grown from obscure, South Texas roots to become a beloved mainstay of Mexican cooking. The history of fajitas, while somewhat blurred, belongs to the Rio Grande Valley of South Texas and northern Mexico, where skirt steak was often used as payment to vaqueros (Spanish for “cowboys”). The vaqueros soon became adept at marinating the steak and devouring its various, tasty forms.

The mainstream popularity of fajitas truly began in the 70s as restaurants and concession stands in South Texas awakened the cowboy tradition by grilling skirt steak on sizzling platters and serving them with flour tortillas. Soon, thanks to some very satisfied and loyal customers, their popularity exploded. Ingredients quickly grew to include guacamole, grated cheese and pico de gallo, a combination of fresh onions, tomatoes, peppers and cilantro.

The tradition of delivering them to the table on a sizzling platter certainly did nothing to inhibit their popularity. Many customers can readily attest that it is hard to resist the delectable smell of sizzling, flavorful steak as it passes by your table.

Soon enough, they became a staple at Mexican restaurants across the state, with many variations on this simple dish.

At Iron Cactus, we appreciate the authentic roots of fajitas and have added our signature unique blends of flavors to create our own interpretation, including such evocative dishes as Tequila Marinated Chicken Breast, Tequila Adobo Marinated Shrimp, an unforgettable steak and chicken combination, and the Achiote Marinated Pork Carnitas. Be sure to come and try one of these delightful dishes for yourself. You will be keeping an authentic tradition alive while delighting your taste buds. 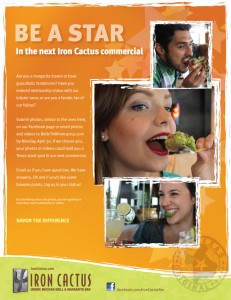 Be a Star in the next Iron Cactus Commercial!!

Ever dreamed about being marginally famous? Now’s your chance! Iron Cactus is doing a commercial and we’re asking for your help. Yes, you, reading this blog. If you’re reading this post, you’re worthy of a starring role!

Just like our food, we’re trying something a little different. Iron Cactus is a unique dining experience that attracts unique people like yourself – people passionate about our food. That’s kind of our thing. Well…that, and tequila. Oh…and our happy hour…you get the point. So, we wondered, why not celebrate these unique people by putting them in our commercial?

This is where you, reader and presumed eater/drinker, come in. Come into any Iron Cactus with your friends and enjoy your favorite food and drinks, as per usual. This time, though, record it. Take pictures or get it on video, the weirder, happier and more delicious, the better. Go nuts, whatever you want. Then email us your collected works of art at BeOnTV@ironcactus.com.

That’s it. Sit back and wait as the trappings of fame gradually overwhelm your life and your only solace is lobster tacos and happy hour margaritas, which isn’t really so bad, if you think about it. 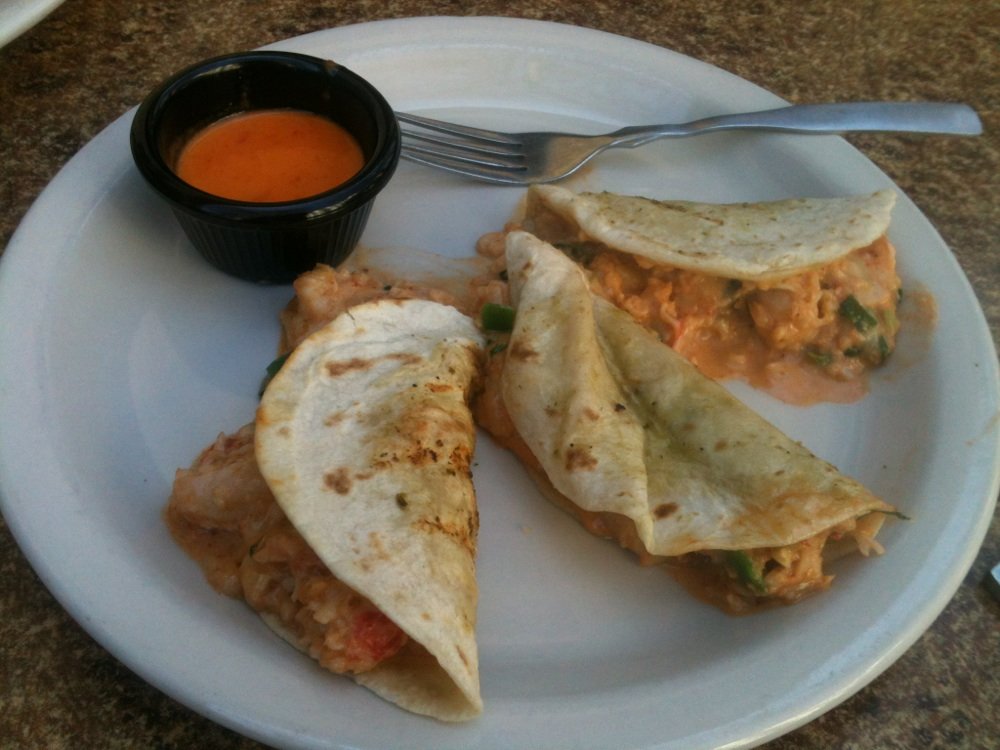 On a recent KXAN Tasty Thursday, Gary and Adam from Iron Cactus stopped by to share their recipe for lobster tacos.

Directions
1. Pre-heat a saute pan, heat the oil, add the lobster, jalapenos.
2. Saute for 3 minutes, deglaze with white wine, reduce the wine by half and add the lobster sauce
3.Simmer sauce for about 1 minute, remove from heat, and stir in the cheese, then add the spinach.
4. At the same time, brush tortillas with baste and grill making diamond marks. Then fill the tortillas with equal
of the lobster mixture.
5. Place pico at point of tacos on top of lettuce.. Place a 2oz ramekin of red pepper coulis on the plate
beside the pico.

Have you tried the recipe? What did you think?